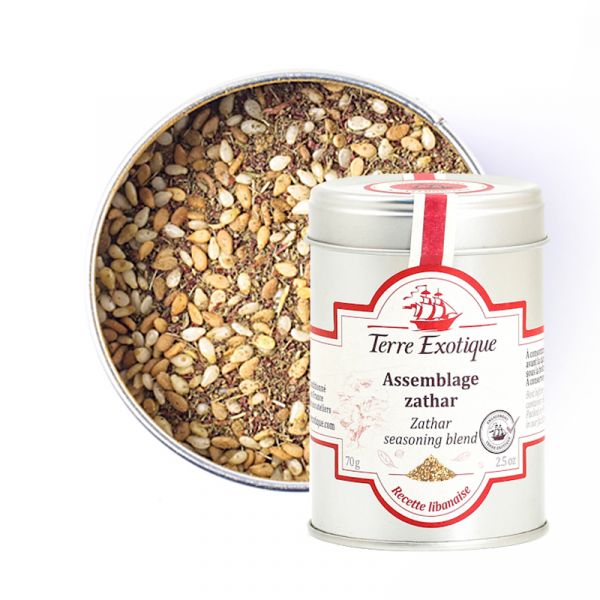 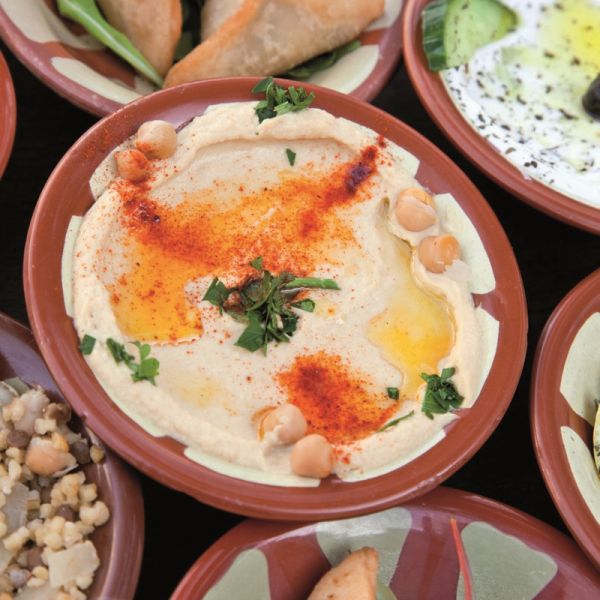 No Lebanese kitchen would be without it

In Lebanon, this mix of warm lemony flavours is used in mezzés. Add a Middle Eastern touch to your vegetables, white meat and smoked salmons, or add to your marinades!
As low as €5.90
Details
More Information
Reviews
Details

This Lebanese mix of spices will transport you out of time and far from civilisation. Check out our hummus recipe with zathar!

How to get the best from your zathar

Our recipe ideas for zathar:

·         Zathar and preserved lemon chicken: marinate your chicken with a teaspoon of zathar mixed with lemon juice and olive oil;

·         Goat’s cheese and zathar rolls: sprinkle 2 teaspoons of zathar onto a sheet of puff pastry with goat’s cheese;

·         Lebanese labneh: make your very own labneh cheese then splash over with olive oil and zathar – the perfect Lebanese breakfast;

·         Kefta skewers with zathar: marinate your beef with 1 teaspoon of zathar;

·         Preserved lemon and zathar vinaigrette: mix the flesh from the preserved lemons with olive oil, honey, cider vinegar, and 1 teaspoon of zathar;

Place the chickpeas, lemon juice, garlic, tahini, spices, salt and Timur berries in a food processor and blend until the mix forms a thick paste. Serve in a bowl and sprinkle with a a pinch of paprika and a dash of olive oil. Serve with pre-dinner drinks with Lebanese bread.

The much sought after Middle Eastern spice mix

Its acidic, aromatic and slightly savoury flavour will enchant all your white meat and poultry and its lemony warmth will enchant your fish. Use it in cooking, in marinades or simply sprinkled over your dishes just before serving. A true Middle Eastern delight!

Zathar or zaathar, is a much sought-after spice mix in Lebanon and Syria and indeed all throughout the Mediterranean.

It is made from 3 typical Middle Eastern ingredients, sesame, thyme and sumac. Every Lebanese household has a bowl of zathar and another of olive oil on hand at all times, dipping their bread in each before enjoying this tangy mix. Why not try the same for a super-easy way to accompany your pre-donner drinks.

This is also the word used for the Lebanese spice mix which is widely used in Middle Eastern cuisine.

Where does zathar come from?

The story behind zathar, the Lebanese spice mix

Zathar (or zaatar) is a mix of spices from Byblos in Lebanon, one of the oldest towns in the world, which was founded in 5000 B.C.. In the 3rd century B.C. this port traded cedar wood for shipbuilding, resin for mummification, wine and papyrus with Egypt.

The Phoenician city was a key economic, political and cultural hub. It was Alexander the Great who changed the Semitic name “Gebal” to “Byblos” derived from the Greek word “biblion” which means mother city of writing, because of the papyrus that was exported from Byblos. In fact, the Bible is named after Byblos.

This region is the birthplace of the three major monotheistic religions, the crossroads of humanity. Despite the tragic religious and territorial conflict which separates Jews and Muslims, in fact they have so very much in common: the language – certain words are virtually identical–food, falafels, zathar, hummus, sumac, their cooperative spirit, their explosive yet calm personalities, and chatty taxi drivers to name but a few…

Nowadays, every Lebanese household has its very own stash of zathar.