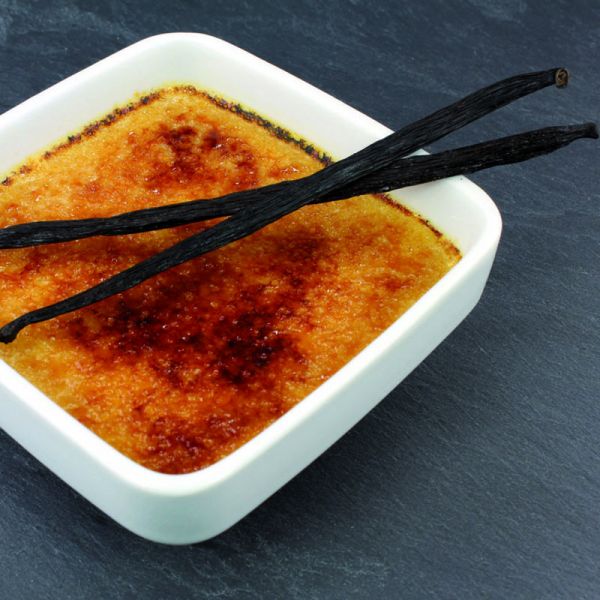 The soils of New Guinea give this vanilla its floral notes of anise. This vanilla is perfect with both sweet and savoury recipes. It stands out from other vanillas due to its fresh and fruity aromas.

The vanilla production from Papua New Guinea is limited, with only a few tons produced annually. Vanilla from Papua New Guinea comes from the Vanilla tahitensis orchid which requires constant care and attention. It’s a vine that grows on a stake. It only flowers 3 years after planting and then a further 8 months go by before the pod ripens for harvest.

Its production is carried out solely by hand and requires great patience, care and dedication.

You can also split open the pods and infuse in hot milk to make egg custards or to flavour sugar.

Tips: use a sharp knife to cut the pod open lengthways, then scrape out the delicious seeds.

There are 4 basic steps to vanilla production: killing, sweating, slow-drying, and conditioning, so the pods are heated, treated in hot water, dried in the sun for two weeks, then flattened by hand before being sorted and packed in small bundles.

Vanilla initially comes from Mexico where the Aztecs used it to sweeten the bitterness of chocolate. The Totonac people, from the coastal regions of the golf of Mexico, were the first to grow vanilla. They called vanilla “caxixanath” which means “hidden flower”. The Totonac people retained the monopoly of vanilla production until the 19th century. Any attempts by the Europeans to grow vanilla outside of its natural habitat failed.