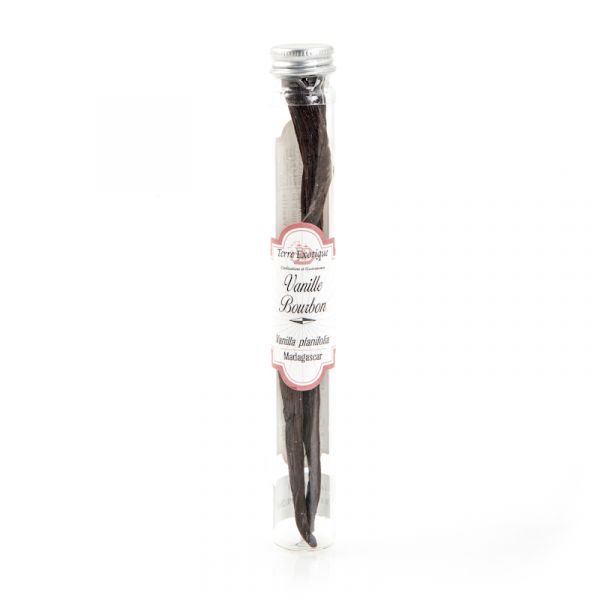 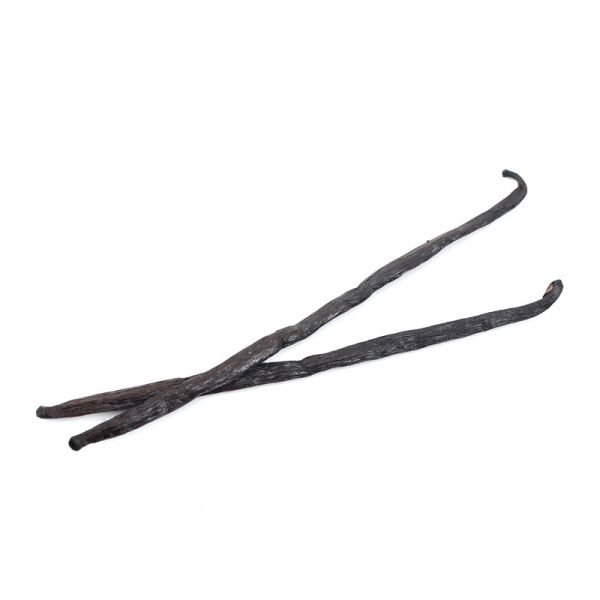 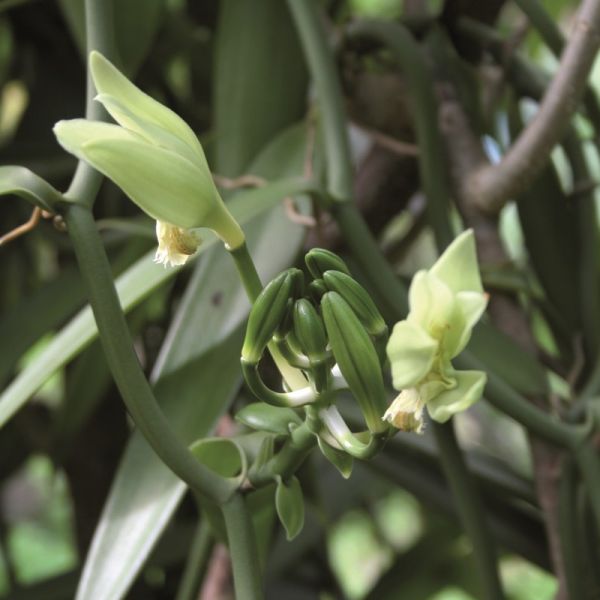 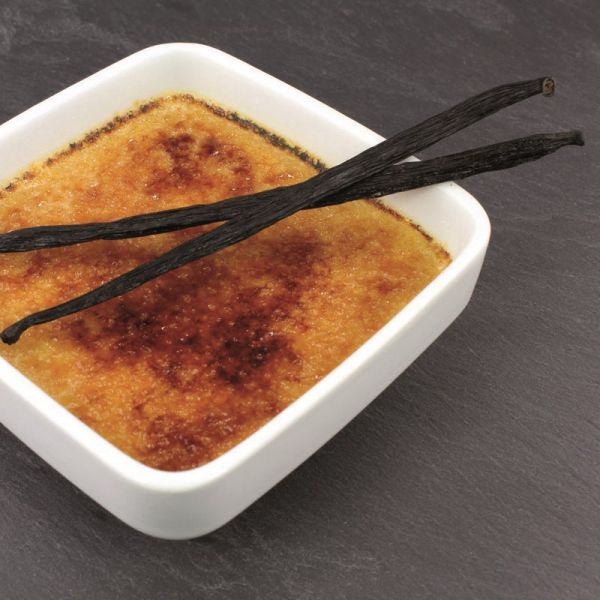 As low as €11.00
Details
More Information
Reviews
Details
All the taste of childhood captured in these 2 Madagascar Bourbon Vanilla pods
Infuse 2 pods of Bourbon vanilla in milk or sugar to use in your desserts. You can also use their precious seeds to flavour butter to sweeten up fish and shellfish dishes.
Everything you need to know about Madagascar or Bourbon vanilla.
From the flower to the pod: where does vanilla come from?
Vanilla comes from the Vanilla Planifolia orchid, which requires constant care and delicate attention. This is the only orchid that is edible. The white flower grows on the end of a creeper which uses trees as a stake, usually a mango tree or an avocado tree... It flowers for the first time 3 years after being planted; and then it takes another 8 months before the pod ripens for harvest.
Pollination is carried out entirely by hand, and requires great dexterity.
The different varieties of vanilla
There are about ten types of vanilla. Tahiti vanilla (Tahitensis), is the only one that does not split open. Vanillas from Mexico, Uganda or Tanzania all have different aromas and flavours. This Madagascar vanilla selected by Terre Exotique comes from an excellent production.
We only choose “Gourmet” or “TK” quality pods depending on the country of origin.
Bourbon vanilla brings childhood tastes flooding back with its powerful black flower!
The pods’ aroma comes from vanillin, an aromatic aldehyde which forms white crystals. The higher the vanillin content, the stronger the pod’s scent and flavour will be!
Bourbon vanilla, or Madagascar vanilla has a very distinctive aroma of warm milk chocolate. Releasing both floral and slightly roasted notes, Madagascar vanilla’s aromas develop empyreumatic hints of camphor.
How to use Bourbon Vanilla pods in your recipes
How to use and store Madagascar vanilla pods
Start by flattening the pod with the back of a knife. Then, split the pod lengthways, with the tip of a sharp knife. Scrape the vanilla seeds carefully out of the pod to use them in your recipes. Don’t throw away the empty pod! Infuse it in milk or cream and use in your desserts.
Our tip: pop the vanilla pod in a pot of sugar for a deliciously flavoured sugar.
The best way to store your vanilla pods:
- Before opening: keep them in a dry cool cupboard in their tube or Doypack pouch.
- After opening: keep your pods in the fridge to prevent them from drying out.
Easy recipe ideas with Bourbon vanilla
• The legendary crème brûlée recipe with Bourbon vanilla.
Split and scratch 1 vanilla pod then add to 40cl of milk and 40cl of cream. Bring to the boil. Beat 8 egg yolks with 100 g sugar. Gently mix the eggs and cream together and pour into ramekins. Leave to cook in the oven at 100°C for 1 hour. You can caramelize the top of your crème brûlée with brown sugar.
• Fish and shrimps with Madagascar vanilla and spicy sauce.
In a pestle and mortar, crush the following spices: cardamom, pink berries, salt, pepper, garlic and ginger. Place in a frying pan with onions and a drizzle of oil. Add two glasses of water and leave to reduce. In the meantime, heat the cream over a low heat with the vanilla and a capful of rum (optional). Add some of the cream sauce to the frying pan with the shrimps and fish and leave to cook. At the end of the cooking process, add the rest of the cream sauce.
• Gourmet egg custards with Madagascar vanilla.
You will need two vanilla pods for this recipe. Use your traditional egg custard recipe and infuse the vanilla pods in the milk and cream. For an extra gourmet taste add 20gr of ground almonds to your pastry. For the egg custard mixture, use brown sugar rather than white sugar. Your egg custards will be worthy of any great pastry chef!
Madagascar vanilla, the fruit of traditional craftsmanship
Edmond Albius, the man who discovered the secret of Bourbon vanilla
Vanilla originally came from Mexico, where the Aztecs used it to sweeten the bitterness of chocolate. This "black flower " was introduced by Cortès in 1521. Later, Louis XIV fell in love with it and decided to grow it on the Bourbon Isle, i.e. la Réunion.
However, the creeper flowered but bore no fruit, as it needed to be pollinated by a wasp which only existed in Mexico. Nobody knew how to pollinate it… But in 1850, Edmond, a young slave on the Bourbon Isle, understood the process when he pierced and shook the flower. To thank him for this wonderful discovery he was set free. Once free, he took the name Albius referring to the white colour (alba) of the vanilla orchid.
From there on the Bourbon vanilla production flourished!
Madagascar vanilla requires expert care
Vanilla requires meticulous and expert handling with lots of tender loving care. The vanilla plants are pollinated by hand which is a delicate and almost romantic process, carried out individually flower by flower by the local women who join the male and female reproductive organs by pinching them gently. These women, called the Matchmakers, fertilize about a thousand flowers a day.
The pods are first scalded, sweated, dried in the sun for two weeks, flattened by hand, then dried in the shade for 8 months in crates and then finally graded.
More Information
Reviews