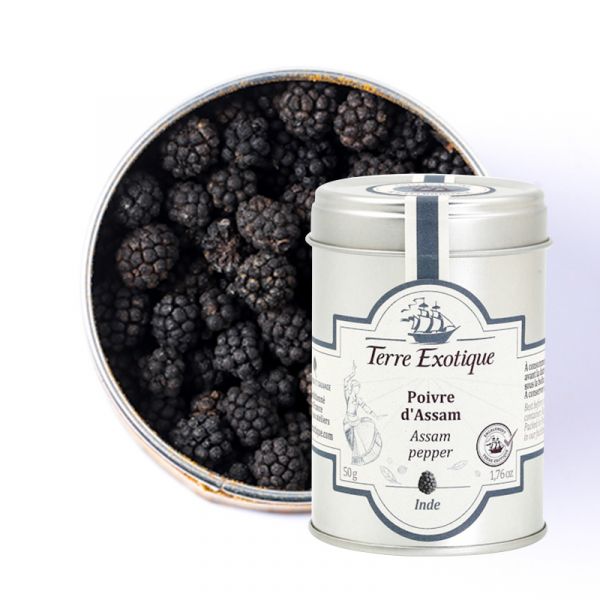 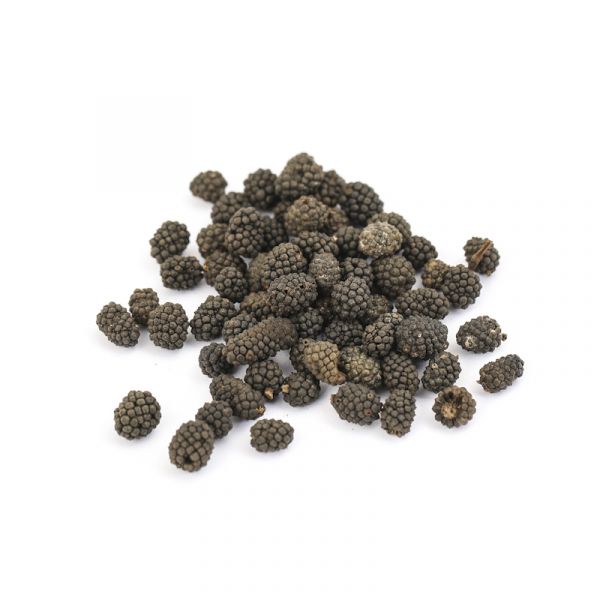 Assam pepper is picked in the Brahmaputra river valleys, in North-East India. It releases spicy yet refreshing notes with a zingy tang. Crush it roughly with a pestle and mortar and sprinkle over your winter vegetables, delicate fish or grilled meat.
Details
More Information
Reviews
Details
This outstanding pepper is hidden in the valleys of the province of Assam which were once kingdoms. The province of Assam is in North-East India, between Bangladesh, Burma, Bhutan and China. It is subjected to the world’s most extreme climatic conditions with devastating monsoons. Assam pepper thrives on these extreme climatic changes in rich and fertile soil. Its aromas release a strong concentration of amazing essential oils. The entire production is done by hand (harvest, washing, drying, sorting). It has a surprisingly spicy yet refreshing taste with a zingy tang somewhat like paracress. Assam pepper is best cracked with a pestle and mortar and sprinkled over your winter vegetables or delicate fish. If you’re the adventurous type, try it with your desserts… with stewed soft fruit or fresh strawberries doused with a splash of freshly squeezed lime juice. The History and cultivation of this exceptional pepper : The conquest of pepper dates back to the discovery of India, Africa and the New world as it was when Christopher Colombus set off in search of pepper that he discovered America! When Vasco de Gama reached India in 1498, the merchants enquired what he came in search of: "Christians and spices" was his reply! The name “pepper” comes “pippali” in Sanskrit and “piper” in Latin. The first pepper vines were found on the Malabar coast in Western India. It seems that they grew there in the wild more than 4,000 years ago.
More Information
Reviews