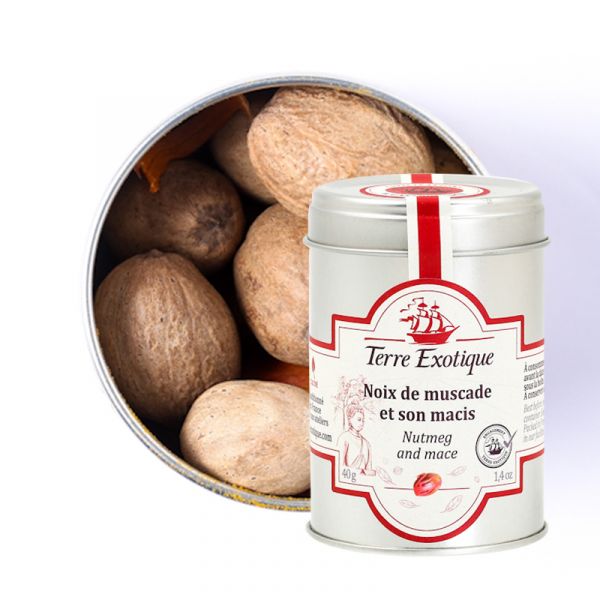 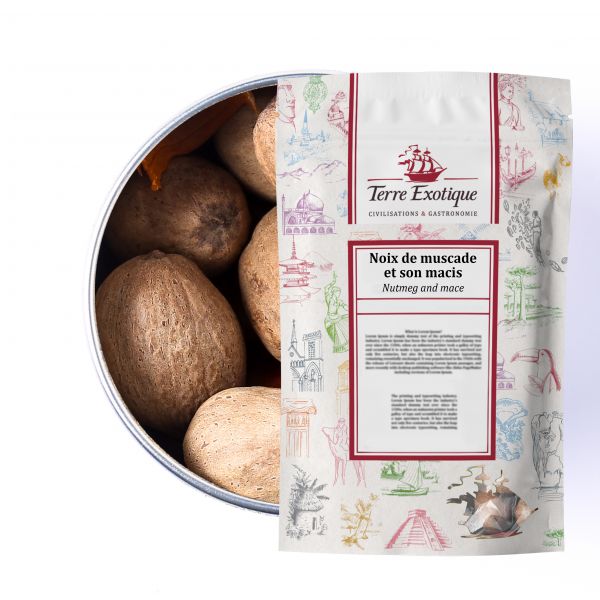 From Sri Lanka, the fruit of the nutmeg tree. The nut is in its outer covering mace. Grate the nut, or chop the mace into your mashes, vegetables or port !

That is how New York was exchanged !