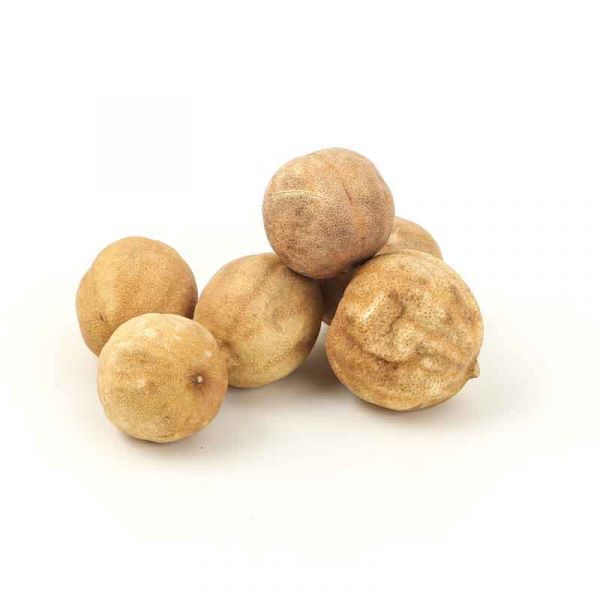 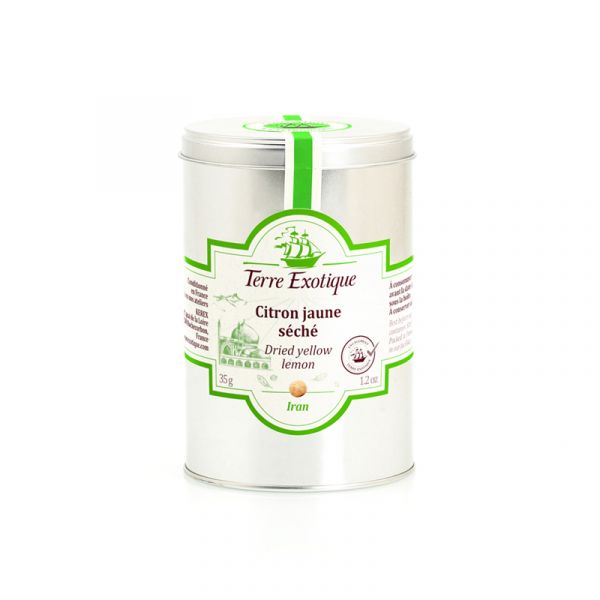 Dried lime is an essential ingredient of Iraqi and Persian cuisine. It is used whole, chopped or ground in a sauce, in stews or sweet dishes.

“Limu” or dried limes are used on a daily basis in Iraqi & Persian cuisine. They are also known as “limes”, “omani limes” and “wild Iranian limes”. In Iraq they are called “noomi basra” which refers to Bassorah port, the only Iraqi port in the Persian Gulf where the limes arrived by boat.

It is said that it is under the Sultan of Oman that the technique for drying these limes was invented, that is why they are called “limu omani”.

The dried limes come from the Citrus aurantifolia tree which is part of the Rutaceae family. The drying process is natural and requires no human intervention. The limes dry directly on the tree, under the sun and become brown on the outside whilst the inside turns black.

Just drop half a dried lime or a few chunks into the cooking water for rice, lentils, quinoa or spaghetti.

In Iran, the limes are used whole after being pierced with a knife whereas in Iraq they are most often cut in two to remove the central black part. It can also be ground down using a pestle and mortar before adding to your biscuit or scone dough or crumble mix. You can also sprinkle it over your fruit salads or use it in a marinade for fish.

Dosage: use a whole lime for two people.