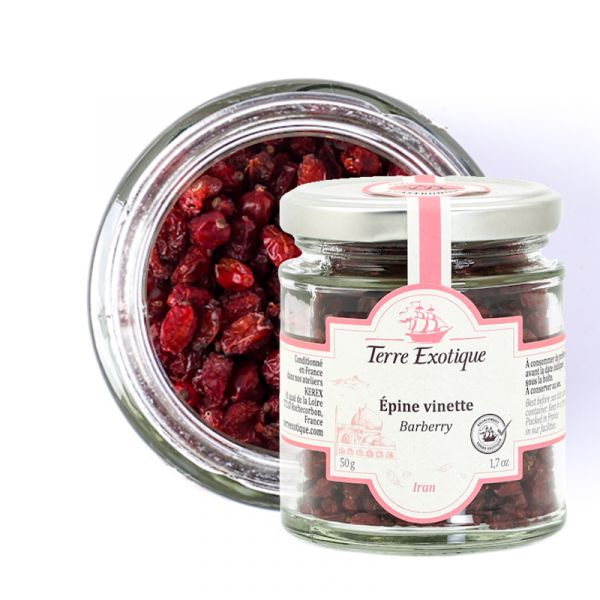 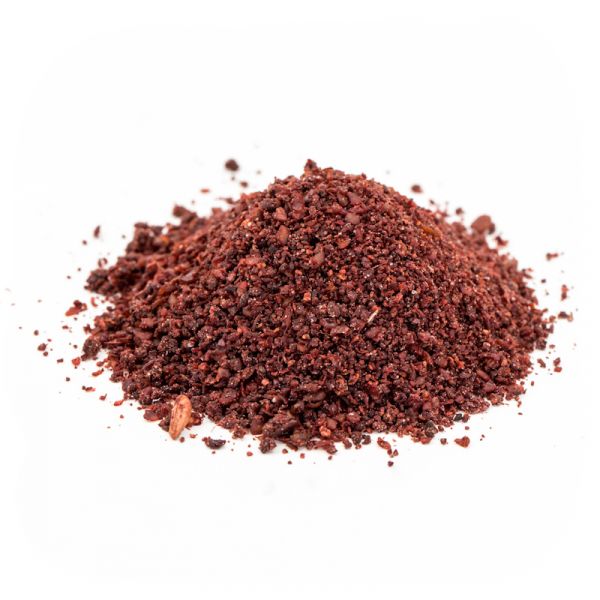 This dried fruit has an acidy taste which will liven up your sweet and savoury dishes ! Fry it in butter before using.

Barberry, or Berberis vulgaris, was completely eradicated from French farms during the 19th century. It did indeed favour the spreading of wheat rust fungus a serious fungal disease much cursed by farmers. So it only survived in mountainous regions where it was used for its green and red berries, its leaves and its bark.

Nowadays, barberry is widely available in Iran in the Khorasan region where it grows wildy on the highlands. In this area, which is well known for saffron, barberry is called “zereshk”, and is traditionally dried then mixed with fish, eggs, white meat and rice. The traditional Iranian recipe “zereshk polow” or Persian Barberry Rice is a rice and chicken dish which uses a large quantity of barberry.

It was widely used by the ancient Egyptians for treating fever. Its digestive virtues are perfect for the liver and the heart.

Its sweet and sour acidic taste will brighten up all your sweet and savoury dishes! Rinse first then fry lightly in butter before using:

- In baking: in semolina cakes, cakes, crumbles and chocolate desserts
- With game and roast meat
- Macerated to make wine
- In jams
- And for the perfect Persian taste: mix it with saffron

Our handy tip: store your barberry in the freezer !