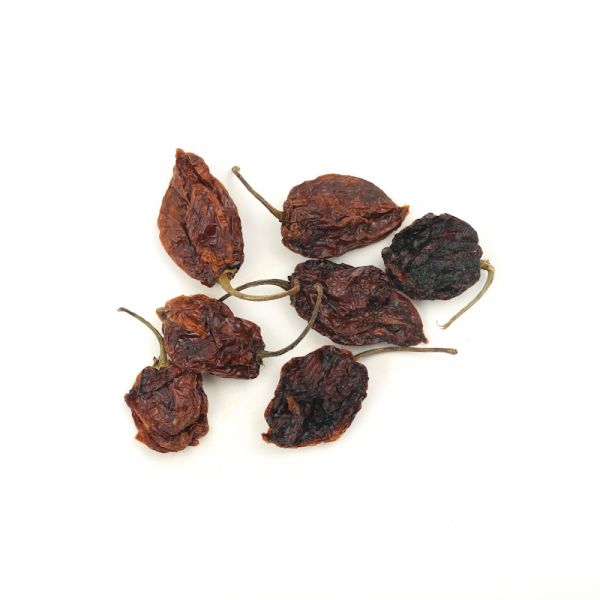 Habanero Chilli pepper is very powerful and is widely used in Mexico, the West Indies and the Réunion where it is also known as Goat pepper. Scoville scale: 9/10 (volcanic).

The habanero chilli pepper from Mexico, is the oldest plant grown in America. For 9,000 years, it has grown in this land of gastronomic delights along with vanilla and chocolate.

Christopher Colombus was the first to bring this spice back to Isabella the Catholic, but it was Magellan, on his heroic trip around the world, who took this chilli pepper to the four corners of the planet.

The Emperor Montezuma reportedly drank an energizing elixir made from cocoa, vanilla, spices and chilli pepper. Chilli peppers are an essential ingredient of Mexican, African and Asian cuisines.

habanero chilli pepper is powerful and scorching hot but has a surprising perfume of dried abricot. It will set your tastebuds alight and awaken all your senses! You can use it in chilli sauces, tomato sauces, stocks, and mayonnaises. Use sparingly!