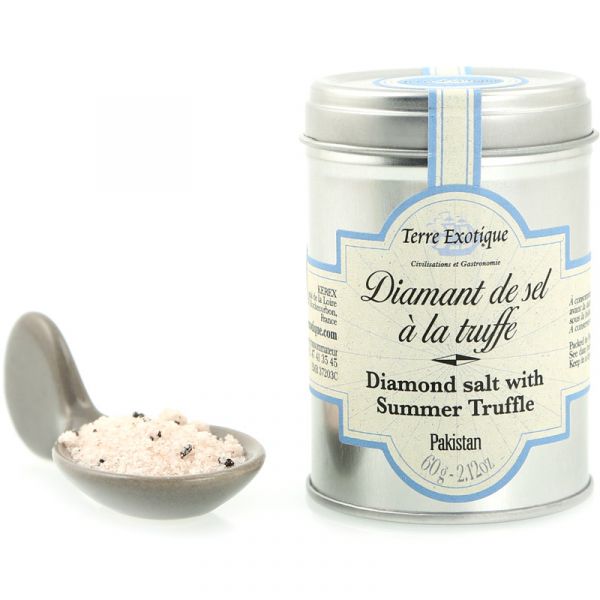 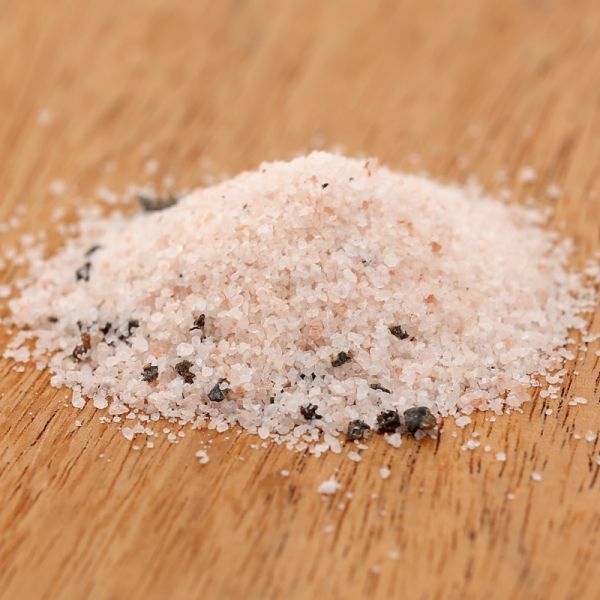 This mix of Himalayan diamond salt and summer truffles will transform all your daily dishes. Ideal sprinkled over mashed vegetables, carpaccios, salads, delicate fish or simply with an omelette.

Kampot red pepper PGI, will tingle your tastebuds with its sweet and fruity flavours

This Kampot red pepper with its fruit and floral notes releases flavours of vanilla and candied citrus fruits. The perfect companion for your fish, vanilla enhanced stewed fruit and white meat.

What is Piper Nigrum ?

Kampot red pepper comes from the piper nigrum species, which is found in India, Cameroon and South-East Asia. The fruit of this pepper grow on a creeper which can climb several metres high. Depending on how ripe the pepper is when harvested and what treatment it then undergoes determines whether the pepper will be green, black, white or red. Each colour has a specific strength and taste.

How is Kampot red pepper grown?

For several months, the creeper grows and produces drupes. When the berries turn red that means they are fully ripe. The drupes are then quickly harvested so that they do not rot on the plant. In Kampot, the red berries are plunged into boiling water then ice-cold water immediately after they are harvested. Then for several days they are left out to dry partially in the shade and partially in the sun to set the aromas and the distinctive red colour of this pepper. The berries are then sorted and graded, retaining only the best.

This pepper thrives in the tropical climate of South Cambodia

The province of Kampot, in South-West Cambodia, is the ideal location for growing pepper. This piper nigrum creeper flourishes in the warm and humid climate whilst the well-drained soils allow the rainwater to drain away easily thus preventing the roots from rotting.

Kampot red pepper releases fruity, vanilla sweet notes which are delicious with sweet and sour dishes and desserts. It has delightful hints of cherry and orange zest together with flavours of Bourbon vanilla. On our scale it rates high on pepper intensity and is both hot and pungent. It is the ultimate pepper, combining the intense and enchanting aromas of fully ripe peppercorns and the spicy acidic heat of black pepper.

How to get the best from your Kampot red pepper?

Our quick and easy recipes with Kampot red pepper

- Kampot red pepper is ideal in sauces for your white meat and game.

- Delicious with apples, pears and vanilla in stewed fruit or tarts.

- Crack this red pepper coarsely to season your seafood platters.

- Fancy trying something totally astounding ? Cambodians craze over tarantulas with Kampot red pepper, but the easier option is to try it with marinated beef …

Where does Kampot red pepper come from?

There are written traces of this pepper in the travel diaries of the Chinese explorer Tcheou Ta Kouanau in the 13th century, saying that this pepper dates as far back as the kingdom of Angkor in the 9th century. It was the Chinese immigrants from the region of Hainan who introduced pepper to Kampot. It was during colonial times that Kampot pepper reached its peak and became a much sought after imported product. It is said to be the world’s best pepper! From 1975, the Khmer Rouge destroyed its production and replaced it by rice. It was not until thirty years later that a few farming families in Cambodia revived Kampot pepper!

In 2009 Kampot pepper became the first Cambodian product to gain PGI status (Protected Geographical Indication). Indeed, in the province of Kampot, located between the sea and the mountains, pepper production is a very serious matter! These exceptional soils are farmed by families who are passionate about their pepper production and proud of their age-old expertise. The Cambodian farmers were helped by the French Union of Espelette chilli pepper farmers, to obtain the PGI with the AFD (French Development Agency). In 2016, the pepper also gained PDO (Protected Designation of Origin).
More Information
Reviews