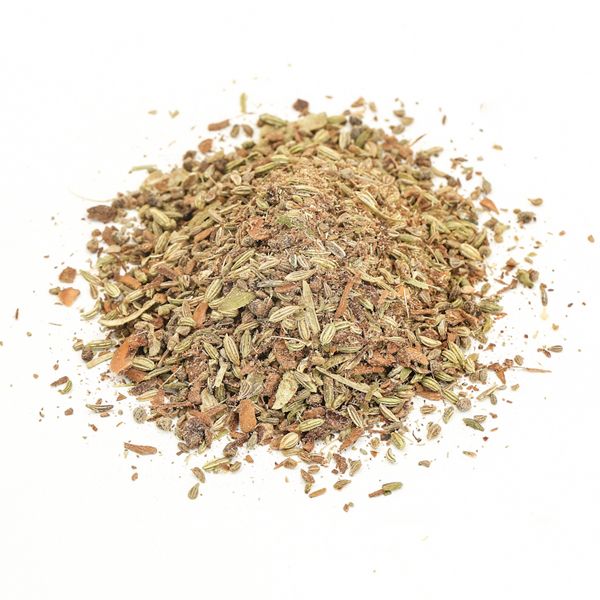 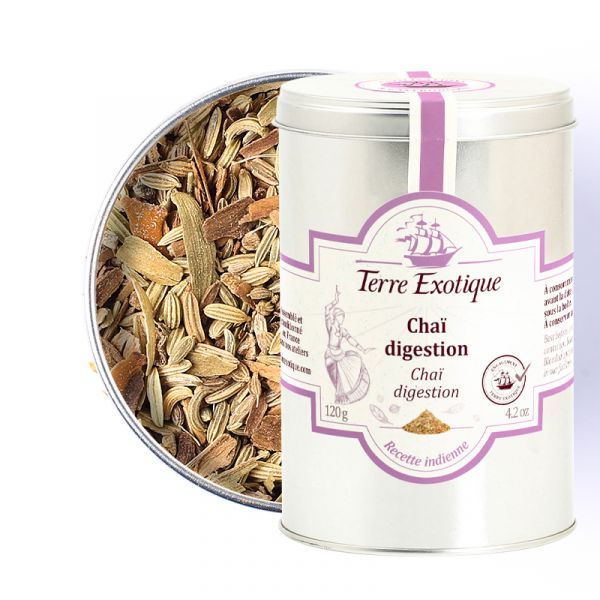 Classic Chaï has been used in ayurvedic medecine for centuries. Dosage: 1 teaspoon per mug. Brewing: 10 minutes at 100°C. Decoction: 15 minutes at 100°C. Simmer the spices before serving. Savor during or after the meal.

In India, a day doesn’t go past without a cup of chai, also known as masala chai, masala tea, or chai latte. This drink is a decoction of spices, to which you can add tea, milk and sugar. In ayurvedic medicine, which is widely used in India, spices bring well-being to the mind and body.

Making a pure decoction with water, is the best way to rediscover the full aromas of the spices. Make a decoction by boiling 1 teaspoon of spices with 200 ml of water (about a mug full) for 15 minutes. Strain and enjoy this steaming brew!

Instead of a decoction you can try an infusion. Place your spices in a tea filter, add boiling water and leave to infuse for 10 minutes to release the aromas fully.

To make your very own Indian chai latte: boil a glass of water and a glass of milk in a saucepan. Grind 2 teaspoons of spices with a pestle and mortar then add the spices to the saucepan with 1 teaspoon of black tea and 2 to 3 teaspoons of sugar. Leave to boil for another 15 minutes. Strain and serve immediately.

In ayurvedic tradition, spices are widely used to bring well-being to the mind and body, as opposed to Western culture, where spices are used sparingly in cooking, to enhance dishes. Each spice has ayurvedic properties, to be used and combined together to get the best from them:

- Fennel is an excellent tonic for the stomach and the intestines. It has diuretic and anaesthetic properties.

-Star anise is frequently used for helping transit and, is used in ayurvedic medicine for relieving digestive pains.

- Green cardamom is also beneficial for digestion, and circulation and is said to bring joy and clarity to the mind.

- Cinnamon is an all-round remedy, it has a warming effect on the body and helps defend against winter ailments, improves digestion, tones the heart muscles and relieves joint pains and toothache.

So if you feel you’ve over indulged at the dinner table make yourself a chai digestion, which is guaranteed to bring relief!