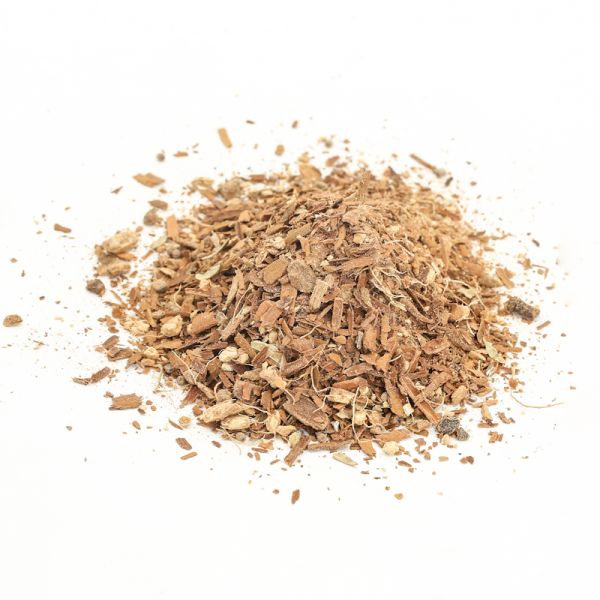 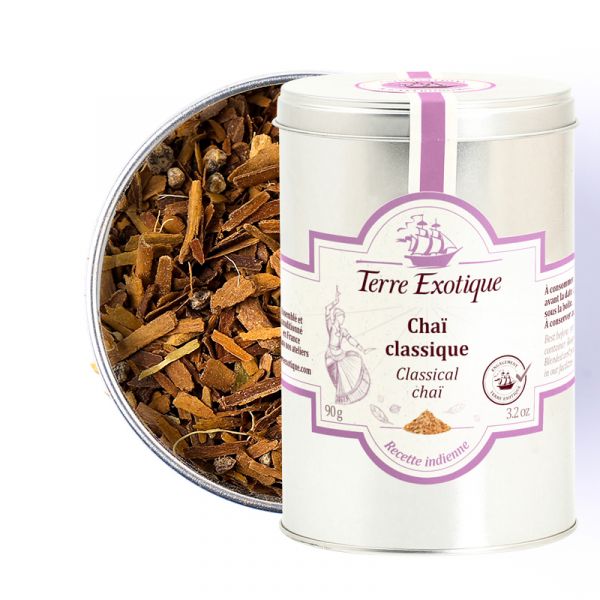 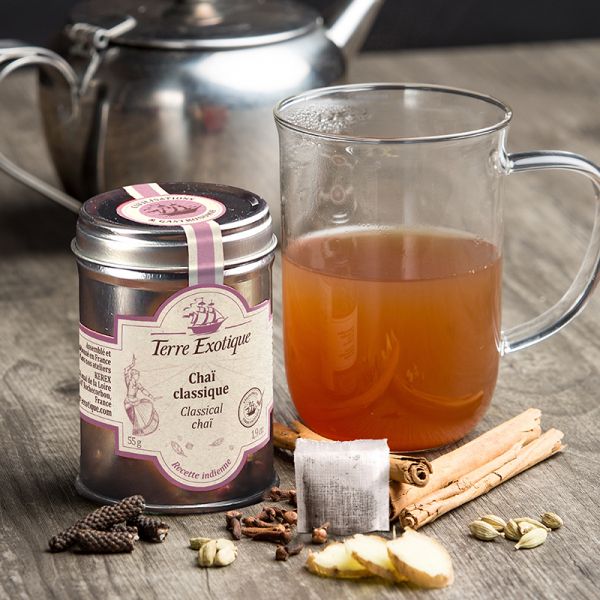 Classical Chai is a rich fully-flavoured spice mix to infuse like tea. 1 teaspoon per cup. Infusion: 8 mins at 100°C. Decoction: 15 mins at 100°C. Strain before serving.

Chai, masala chai, or masala tea, has become an institution in India. Every contract is negotiated, every deal sealed, every friendship started over a cup of chai. This aromatic drink is made from a decoction of carefully selected and well-balanced spices. It’s not only refreshing it’s also good for the mind and body. In India, it is either drunk pure (a decoction of spices made solely with water) as a healthy ayurvedic infusion, or (most frequently) with milk, black tea and sugar. To make your very own Indian Chai: boil a glass of water and a glass of milk in a saucepan. Grind 2 teaspoons of spices with a pestle and mortar then add the spices to the saucepan with 1 teaspoon of black tea and 2 to 3 teaspoons of sugar. Leave to boil for another 10 minutes.

There’s also an easier and quicker way to make chai. If you want the traditional chai taste and get all the benefits from the spices, make a decoction by boiling 1 teaspoon of spices with 200 ml of water (about a mug full) for 15 minutes. Strain and enjoy this steaming brew! Instead of a decoction you can try an infusion. Place your spices in a tea filter, add boiling water and leave to infuse for 4 minutes. If you use paper tea filters, be careful not to infuse for too long or you might stew your brew! If you fancy a tea-based chai, you just need to add a teaspoon of black tea to your spice infusion, and add a drop of milk and sugar to taste

Terre Exotique’s Classical Chai is made using the typical spices for any chai (Ceylon cinnamon, ginger, green cardamom, cloves). Instead of the traditional black pepper, we have chosen Cambodian long pepper as it’s more aromatic. According to ayurvedic tradition, spices are carefully selected and well-balanced to bring well-being to the mind and body: cinnamon is considered an all-round remedy (it has a warming effect on the body and helps defend against winter ailments, improves digestion, tones the cardiac muscles and relieves joint pains and toothache). Ginger is also a widely used remedy. As well as all the above-mentioned benefits, it’s also a stimulant, namely a mental stimulant. Green cardamom, from the same botanic family as ginger, is also beneficial for digestion, and circulation and is said to bring joy and clarity to the mind. Cloves are a very warming spice perfect for breathing problems. Cambodian long pepper acts as a detox for the digestive system.

So, sit back comfortably and enjoy your spicy Indian chai!