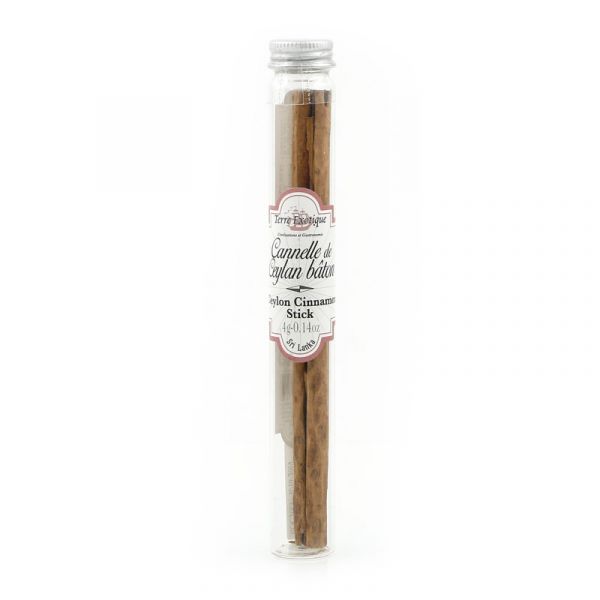 Real Ceylon cinnamon is the most sought after variety and will bring a warm sweetness to tea, coffee, mulled wine and punch. It can also be grated over your desserts, poultry, game and rabbit dishes.

Cinnamon is initially from Ceylon, but in Ancient times its origins were the source of many a legend. The Egyptians, who used it for embalming, believed that it grew according to secret rites in a far-off mysterious land. To get to the bottom of this mystery, Queen Hatshepsut commanded an expedition

to the Land of Punt, "Land of the God", now Ethiopia, and thus opened up the spice route.

The Romans' infatuation with Indian luxury goods such as pepper, cinnamon, ginger, pearls and ivory, verged on madness.

From the Renaissance onwards, the Portuguese, the English and the Dutch fought fiercely to control the monopoly of these spices that they sent all around the world.

Cinnamon sticks are formed once the bark of the cinnamon tree is dired intially in the shade and then in the sun. It can be used whole or ground. In Europe and America it is mainly used in sweet dishes whilst in India and North Africa it is used in savoury dishes.