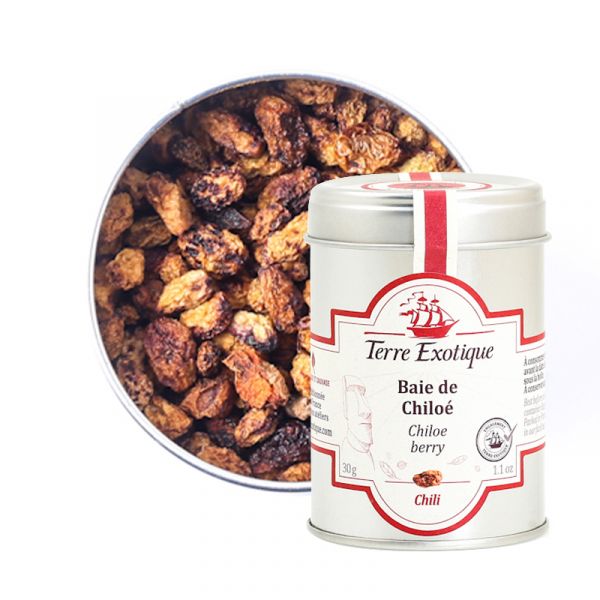 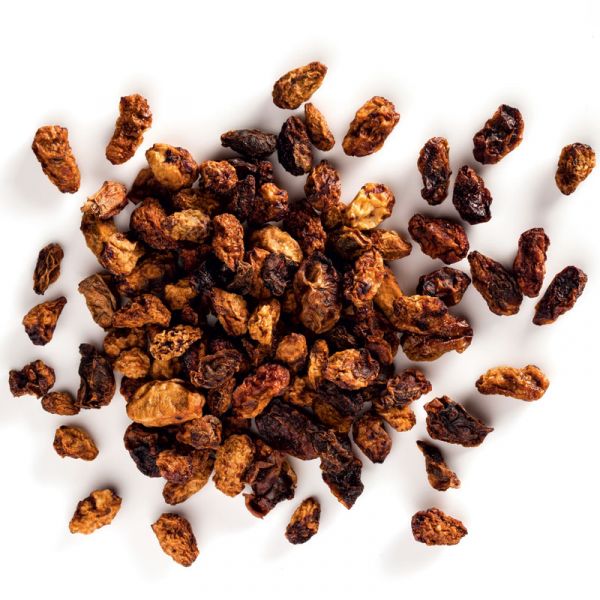 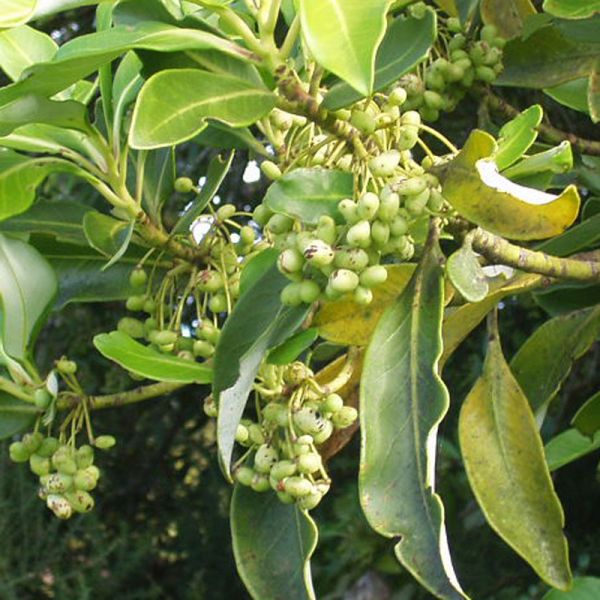 The Chilean pepper!
The Chiloé peppercorns are picked on Chiloé Island. Used in cooking like pepper. Slightly spicy berries with hints of candied fruits and camphor. Perfect with fish or shellfish. Spices up your grilled meats.

This pepper grows in the wild in Chile and

The tree gets its botanical name from Captain

William Winter who discovered the tree in the 16th century in Patagonia whilst on a expedition for the Queen of England. "Drimys" means acrid in Greek.

They were picked by the Mapuche people.

Nowadays, the inhabitants of the island call the pepper "Pimienta chilota" as it looks like a peppercorn (Piper nigrum). They use it for seasoning. Once ground, the berry has similar organoleptic properties to peppercorns (round, wrinkled, brown, slightly spicy and fruity). The literal translation is "pepper from Chiloé". Chilean people use the pepper to enhance poultry dishes, pork (tripe), stews, steak or fish tartar with lemon.

The Chiloé pepper and the Tasmanian pepper are part of the same botanical family, and have similar characteristics. They are flowering, seed-bearing plants (angiosperms). Like the Chiloé pepper, the Tasmanian pepper plant has a 3-year life cycle, with a rich harvest followed by a modest harvest and then a very weak harvest. These two peppers grow on opposite sides of the globe. This is directly linked to when the supercontinent Pangaea fragmented at the end of the Triassic period (200 million years ago).