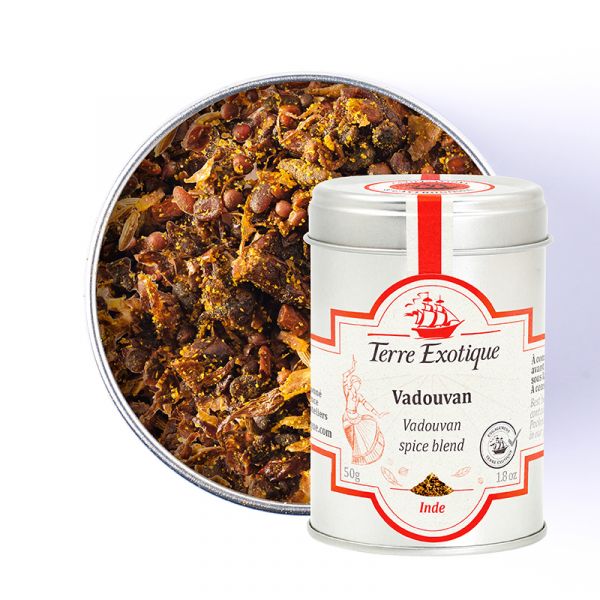 This traditional exotic mix from Southern India is ideal for marinades for chicken or stews. A perfect addition to coconut milk sauces. Best added at the end of the cooking process and infused only lightly to avoid any bitterness.

Vadouvan spice blend which is originally from Pondicherry, is the product of a long-lasting relationship between France and India.

The story dates back to 1664 when Colbert created the French East India Company to compete with the British and the Dutch whose monopoly had caused the price of pepper to triple. So began the saga of the five French trading posts (Pondicherry, Chandernagore, Mahé, Karikal and Yanaon) which lasted until 1954, when they were handed back to India. But the departure of the French did not put an end to its friendship with Pondicherry which still maintains ties with France even today.

Like a curry in the rain, vadouvan is a Franco-Indian mix which is made up of spices and aromatic plants, but also oils.